Palmyrah Tuber and Tuber based products

The tuber as described previously is an important source of starchy food in the villages of Jaffna, Sri Lanka. ln most of the other countries like India, Thailand and Indonesia tubers are rarely used. During the study tour of these countries in June 1990, it was observed that in Thailand even the Agriculturists and others who are involved with the palms were unaware of the tuber and its uses. Dig up the tuber from the soil and eat after frying or cooking.

Freshly harvested tubers, after cleaning of the outer sheath and basal roots are boiled for about half an hour and the cooked tubers are eaten. It tastes like any other starchy tubers. It is also believed to have medicinal properties to relieve biliousness, dysentery and gonorrhea. The root of the seedling (tuber) is a diuretic, anthelmintic and a decoction is given for certain respiratory illnesses. ln some parts of Nigeria, villagers eat the tuber with a belief that it is an aphrodisiac (personal communication). But usually the tuber is converted into other suitable forms, which can be stored for further period to be used during the off-season. 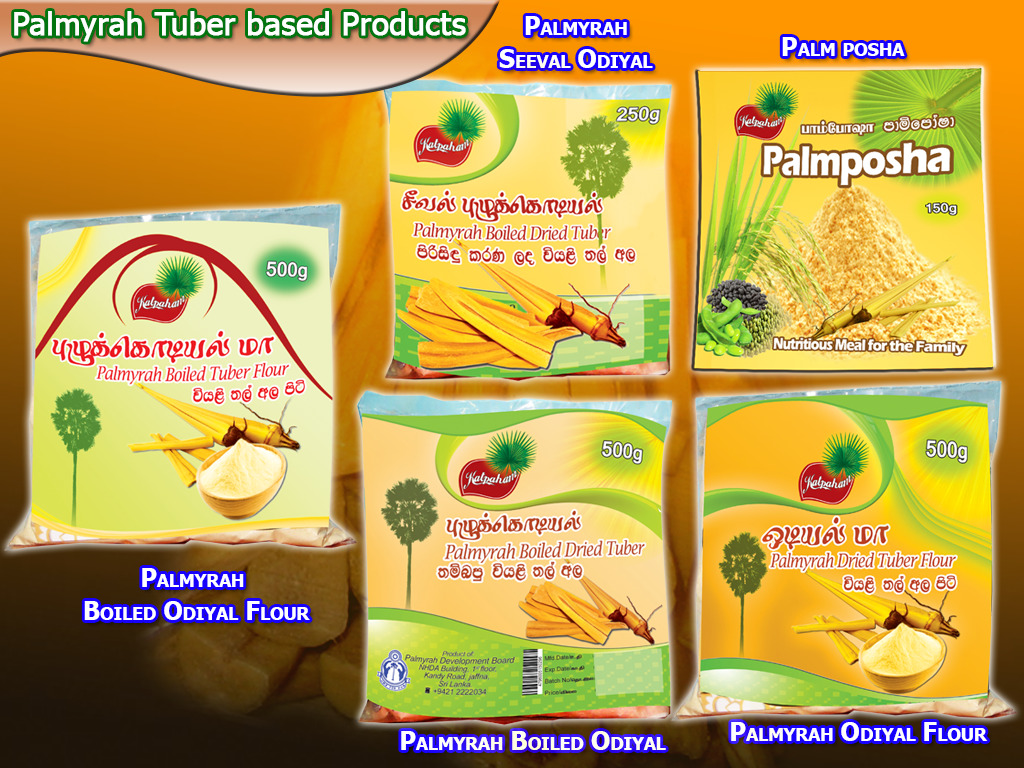 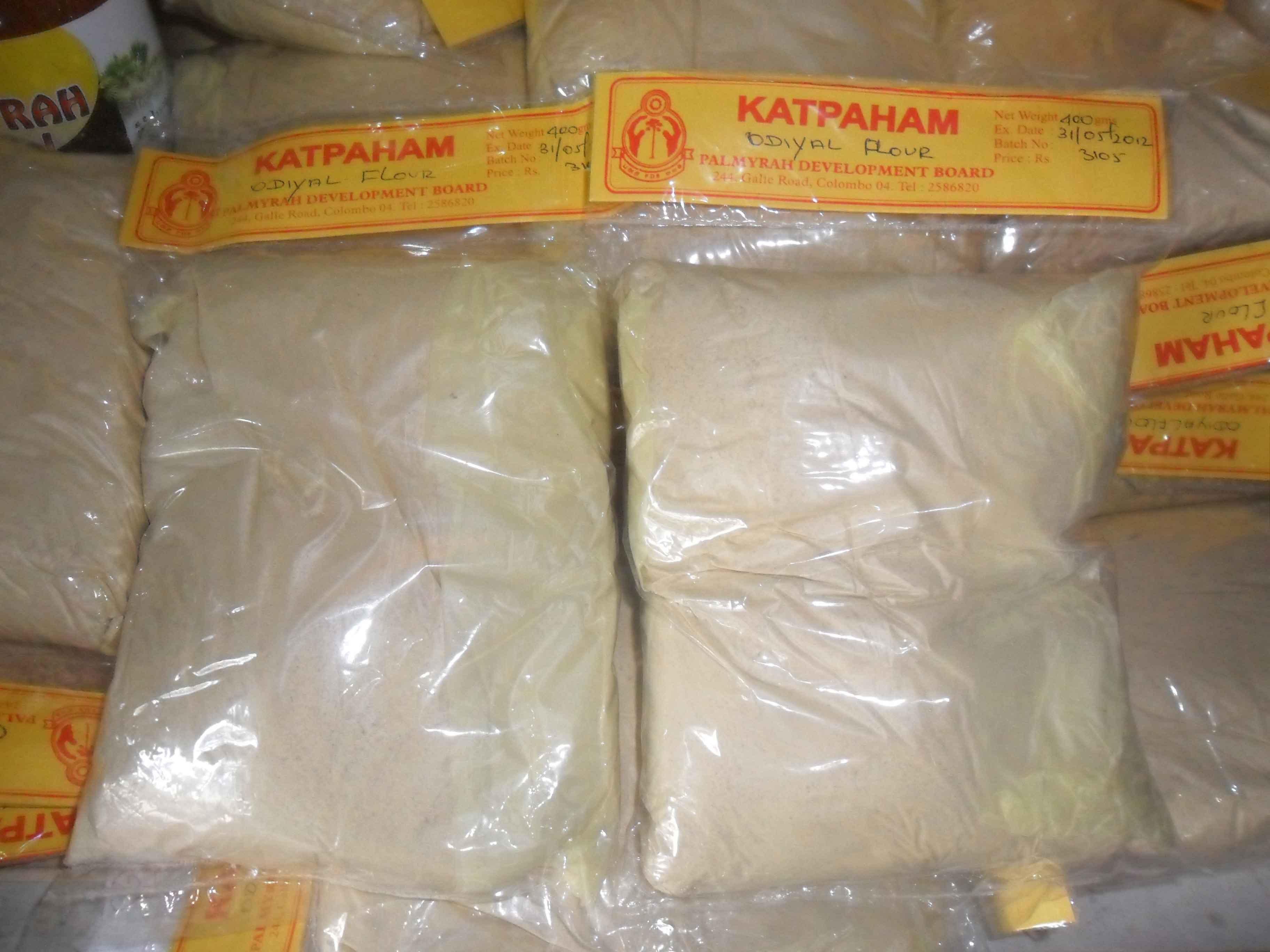 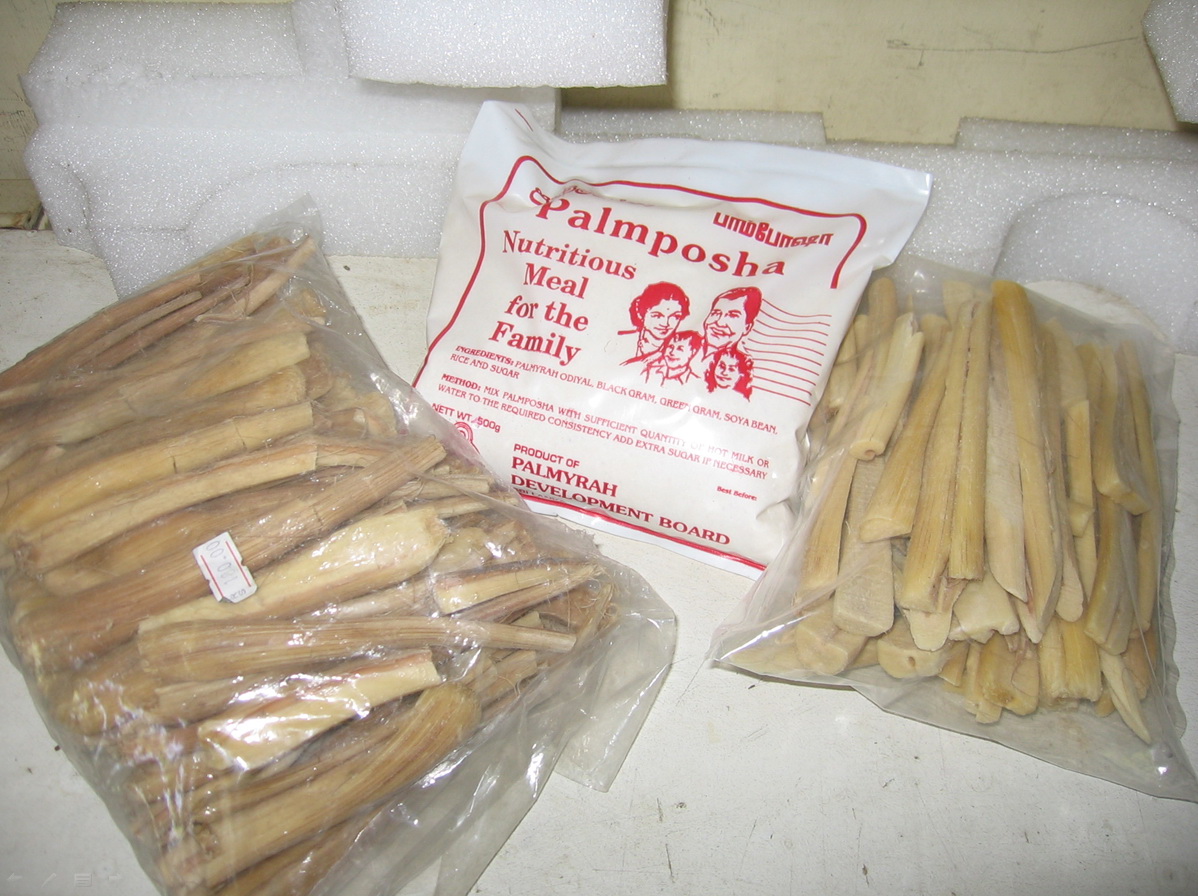 The following methods are practiced.

Boiled tubers are split into two halves and sun dried. This sun dried product is called "Pullu Kodiyal' which is eaten as a snack.

Boiled tubers are cut into thin sections crosswise and sun dried. This is a slight variation of the (1st) and eaten direct. 3. Boiled and sun dried 'Pullu kodiyal' is milled into flour (Boiled Odiyal flour).

Raw tubers are split into two halves, sun dried and milled into flour (Odiyal flour). Usually they are stored in the form of dried pieces and milled only when needed.