Both young and ripe fruits of palmyrah are used, but the levels of exploitation of palm for the fruit vary in the different countries depending on their needs and preferences. 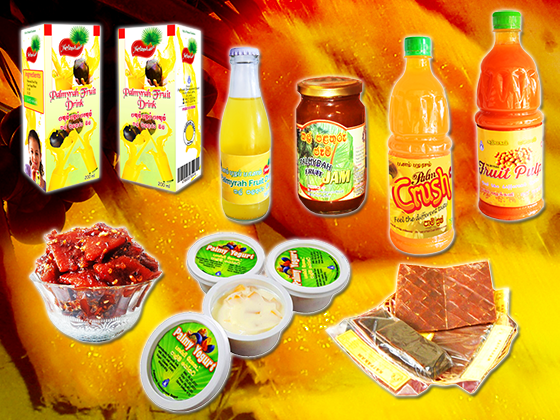 During the fruiting season, the soft fleshy but half watery sweet kernel of the developing fruit is consumed fresh in most countries where palmyrah is found. In Thailand and in some parts of Indonesia (java) the main use of the fruit is the young kernel. In Sri Lanka the fruit bunches are seldom cut for ‘nungu’ (the Tamil word for the young kernel) and the people prefer to conserve the bunches for the ripe fruits and seeds where a number of uses are found.

Young fruits are freshly marketed in big cities, sometimes far away from the place of origin. The fruits available in the markets of Jakarta for example, come from central Java or from far as east lava and Madura Islands. The fruit bunches are brought from the villages to the markets in the cities and then redistributed to, small-scale fruit vendors. The vendors cut open each fruit and remove the three young kernel along with the white skin (endocarp).

When serving, the white skin is neatly 4 removed and the kernels` appear glassy white. The kernels are usually packed in 4 polythene bags (about 10 in each bag) and kept in ice to keep it fresh. If exposed, with time the outer skin will turn brown and reduces the consumer acceptability of the product. Unusually the vendors prepare the kernel in batches, once the existing batch has been sold out. The consumers like the kernel with water inside and therefore the bunches have to be cut at the proper time. More developed fruits have a thick, harder more rubbery kernel not suitable for consumption. Kernels are either canned alone in heavy sugar syrup or mixed with the edible portion of jackfruit. The jackfruit seems to blend with the palmyrah young kernel. The kernel is marketed at least under three brand names UFC, PIGEON, MALEE and the cans come in two sizes. In Indonesia, the sale of young fruits during the season is very popular. A small quantity is canned in palmyrah sugar syrup in India.

Fruits mature during August and the ripe fruits fall from the palm during September and October. By the end of October most of the fruits from the female palms drop and the seeds from the fruits are ready to be planted which coincides with the beginning of the monsoon in the palmyrah growing districts in Sri Lanka. 100 randomly selected ripe fruits showed that 74% of them were large 3 seeded fruits with weight ranging from 450g to 2200g and a mean weight of 950g. Of the remaining, 18% were two seeded fruits and 8 % were single seeded. The two seeded fruits ranged from 300g to 800g and single seeded fruits were around 300g in weight. In this study the average weight of a palmyrah seed was found to be 214g and the average pulp weight per fruit was about 350g. Very few uses of the ripe fruit are found in India, Thailand and Indonesia. Only in Jaffna, Sri Lanka, ripe fruits and their seeds are used on a fairly large and profitable scale. In most countries the fleshy pulp is used as animal feed. In Jaffna, the pulp is diluted and mixed with rice bran or coconut poonac or gingelly oil cakes and fed to cattle during the season.

In Thailand a sweet steamed cake popularly known as “Khanom taan’ is prepared using the fresh yellow pulp In this preparation fruit pulp is mixed with freshly ground rice flour and allowed to ferment overnight. Sugar is then added to taste and the batter is steamed in small cups made out of banana leaf. Before steaming a few scrapings of coconut kernel are sprinkled on the top. This preparation is rather nice and tasty different from a similar preparation made traditionally in Iaffna called the ‘panangkai panniyaram’. In the latter, the fruit pulp is mixed with wheat flour or rice flour and deep-fried in coconut oil without any prior fermentation. The other traditional product of fruit pulp in Sri Lanka is the ‘pinattu’ which is really slabs or sheets of dried pulp made on mats abut 8 cm X 15 cm in size. During the preparation of ‘pinattu’ fresh palmyrah pulp is taken out of the fruits through a process of manual squeezing and the fibres present in the pulp are separated by straining the pulp through cloth. The strained pulp is spread daily on mats made out of palmyrah leaf, layer after layer allowing for sun drying. This is done for a week or two. Subsequently the thick layer of dried pulp is cut into slabs and marketed. To store the product for a longer period, the dried pulp slabs are smoked over a fireplace and stored in baskets made out of palmyrah leaves. An improvement on this is to cut the slabs of ‘pinattu’ into smaller pieces then immerse in honey or treacle with added spices (chilli, pepper, clove, cumin), roasted par—boiled rice and gingelly seeds. This product is marketed as ‘pani pinnatu’ in sealed bottles. In the villages, the pani pinnatu is stored in earthenware pots. ln recent years, the Palmyrah Development Board of Sri Lanka has introduced a number of new products from the pulp and trials are going on with other products. 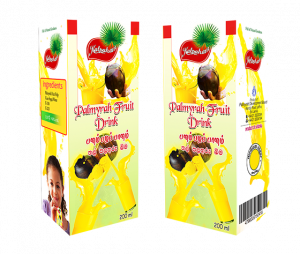 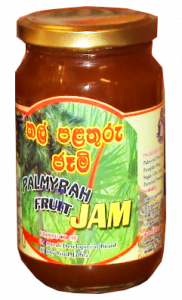 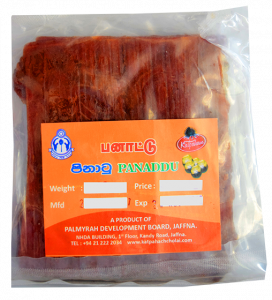 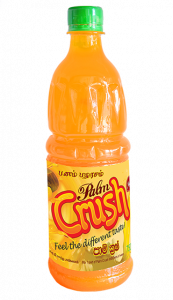 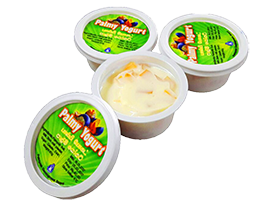 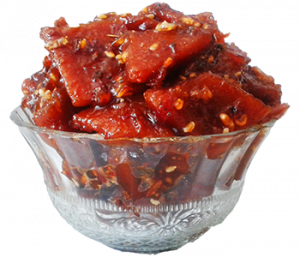